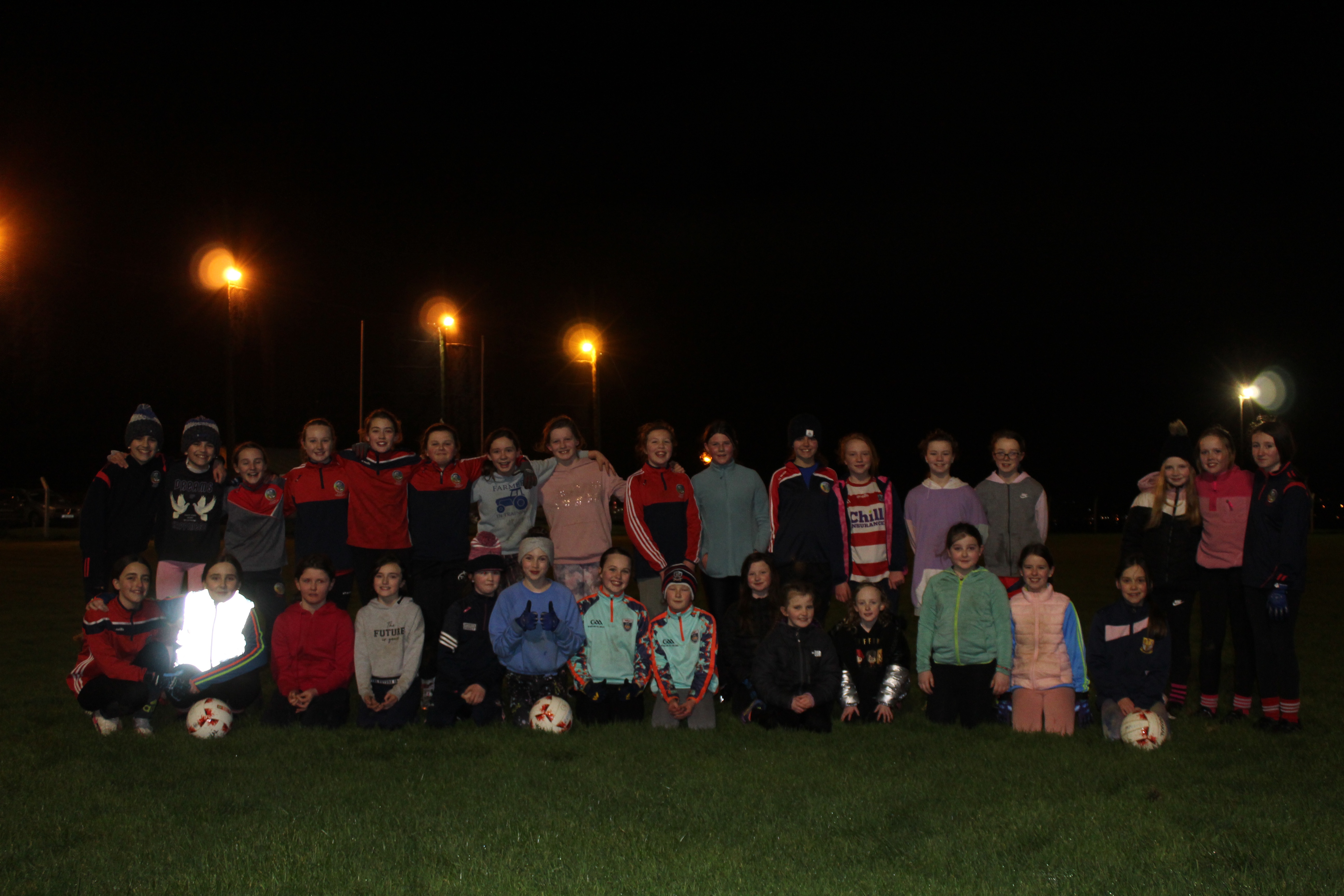 The u-14 Blarney/Rathpeacon footballers had a fantastic win beating Ballincollig in a challenge game in Kilcully on a scoreline of 6-7 to 4-8 last week.

Trailing at the first water break, the lads turned on the style and went in level at the break. They kept up the effort and scored some lovely points in the second half. It was a tight game and although it was a challenge there was serious effort from each side!

The Blarney/Rathpeacon u9s played some very entertaining hurling games in splendid sunshine away at Glen Rovers on 11th June ☀️
The u9s have good numbers with 30 players attending on the night. There were plenty of players associated with Rathpeacon GAA and Rathpeacon NS on show including Eddie Sheehan, Fionn McMahon, Pierce Gould, Ryan Kavanagh, Jimmy Needham Forde, Lewis Dalton, Patrick Sheehan and Oran O’Riordan, all of whom gave a good account of themselves against a strong Glen Rovers outfit 🟢⚫️
The future is bright for this talented group under the guidance of coach Shane McMahon 🙌

The Blarney/Rathpeacon U12s have had a very good start to the season 💪🏻
They earned a draw in their first hurling game away at Charleville after a strong second half performance with Rathpeacon lads Billy Sheehan starring in the centre back position, Colm O’Riordan playing solidly in the full back line, Noah McMahon scoring at will from centre forward and Sam Byrd grabbing some vital scores in the forwards 🏳🟩

The Rathpeacon contingent mentioned above also played a central role in a closely fought football match away to Kilmurry with the home side ultimately taking a narrow win after a very strong opening. The Blarney/Rathpeacon lads won their most recent hurling match away to Eire Og on 21st June when they showed great character to come from behind to win by 5 points. Though Billy was away, Sam and Noah put in very strong performances and no doubt their confidence is increasing with each game. Well done to all concerned 🙌